Buying new tires is always a tedious task. I’m sure that many of us have dreaded going through the process of getting new tires for their car or truck. Goodness knows I have! Generally, you just want it to be done and over with as quickly as possible. 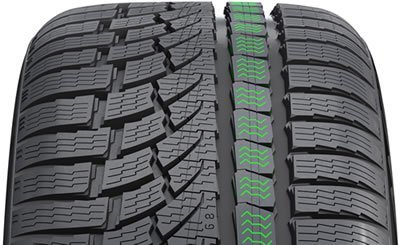 What exactly is tire siping and is it actually worth it?

But how many times have you bought new tires only to be asked if you wanted them siped? And how many of those times was it not clear what siping actually was? For me, as I’m sure for many others, this is a very common occurrence.

Siping, as explained by the people at the tire store, is as follows. You get your brand-new tires, you ask to get them siped, and they will then make thousands of tiny cuts in the tires. All this supposedly increases traction, reduced the breaking distance, and improves cooling. This can be done within minutes right in the warehouse for a measly $15 a pop. Sounds too good to be true, doesn’t it?

Well, that’s because it is. Even if you don’t understand how car tires work on a fundamental level, you would know how fishy it sounds when someone asks you to pay them to make a thousand cuts in your brand-new tires. You might also remember how making any kind of modifications like these completely voids any warranty offered by the manufacturer. It’s not worth the money which could’ve been spent on a better set of tires anyway.

What’s worse, if you live in a state with a warm climate, you’re almost guaranteed to wreck your tires. On dry pavement, the tires increase friction, which works against the tire. The tires end up squirming, all that friction creates extra heat and you wear your tires faster. You get all this for paying $15 extra per tire to your local auto workshop.

Where does siping come from?

Some say that the originator for siping was a man named John Sipe. In the 1920s, John Sipe would make thin cuts to the bottom of his leather boots to improve traction. It probably worked for John because he wasn’t generating insane amounts of torque or supporting a ton of weight. While this practice sounds plausible on paper, it doesn’t really work that way in real life.

Les Schwab is one of the companies that exclusively offer aftermarket siping. On its website, it attempts to explain how siping works and how it can be beneficial. While some of what it says makes sense, a lot of it is just facts mixed with half-truths and hearsay.

What about other stores?

You won’t find the service being offered by other reputable companies like NTB, Mavis Discount Tire, Pep Boys, or Tire Kingdom. In fact, a lot of companies will completely recommend against it.

Automotive forums are no better, either. There, only subjective arguments take place on whether or not cutting your tires is beneficial. Any objective facts or third-party testing is completely absent from the discussion.

One of these tests was conducted by Consumer Reports, and the results are clearly levelled against siping.

In the study, two different sets of tires were tested, one of which was siped. The study found that on snow, the siped models showed a greater increase in snow traction and ice braking as compared to their non-siped counterparts. However, on wet and dry pavement, the braking distances were slightly longer. The total $60 cost on top of having your warranty voided is not worth any meager gains from siping the tires.

This isn’t an entirely new concept and has been present for some time now. People in snowy terrains use siping as a means to recover traction on snow and ice. Sometimes, people will end up siping half-worn tires because they seemingly increase traction.

However, the negatives seem to far outweigh the positives. For one, you’re making the tires wear out irregularly. This ends up impacting the tires in two ways. It increases the tire noise and it further decreases the life of the overall tire.

Even more so, these negatives have a greater impact on dry pavements. You’ll be getting increased breaking distance, reduced traction, and generally reduced lifespan. For all intents and purposes, these effects are being studied on regular car tires. In the world of racing, siping is very common and acceptable under controlled conditions.

And that’s not even including warranty. The fact that you would want to sipe your half-worn tires is crazy talk. You risk voiding your warranty for any early wear.

I don’t know about you, but having heard all this makes siping seem like a scam. Even if it wasn’t an outright con, it simply doesn’t sound or feel right. I thought about Les Schwab and its claims for aftermarket siping and thought I should further investigate.

What does the National Safety Council say? 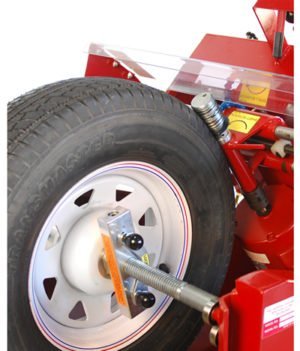 One study cited on the website is an independent one done by the NSC (National Safety Council). The study explained that aftermarket siping improved stopping distances, breakaway traction, and rolling traction on every kind of vehicle.

At this point, I was very curious and decided to contact the NSC to see what they had to say on the matter. Almost immediately, I received a response in the form of a letter. The same letter was sent 18 years prior to a company that advertised siping and made siping machines.

The letter swiftly refuted any claims in favor of aftermarket siping. It had said that while siping was able to improve traction in some instances, the cons far outweigh the pros and that everything else about siping was counterproductive to tire design.

So what is our conclusion after looking at the facts and speaking to experts in the industry and national safety organizations?  If you are looking to improve traction, siping is not the answer.  It will increase noise and create additional wear which will end up requiring a replacement of your new tires sooner.  Either buy some better tires or if you want improved traction in snow, get some snow tires!